Nov. 12, 2014 –Tucker Hibbert will enter his 15th professional snocross season with a proven program focused on success. With the same core crew members and a familiar sponsor line-up behind him, Hibbert is in a solid position to defend his ISOC National Pro Open title, continue his X Games Aspen gold medal streak and claim his 100th Pro National victory.

For the 2014-2015 season, Hibbert will compete under the Team Monster Energy / Arctic Cat / Ram Truck banner. Monster Energy will continue to lead the program as the title sponsor with Arctic Cat providing factory support with its potent 2015 ZR 6000R SX. In addition to returning as the official truck of Hibbert and his crew, Ram Truck will be added to the team name.

As earlier announced, Hibbert is back with the race gear brand he began his professional career with – Arcticwear by Arctic Cat. 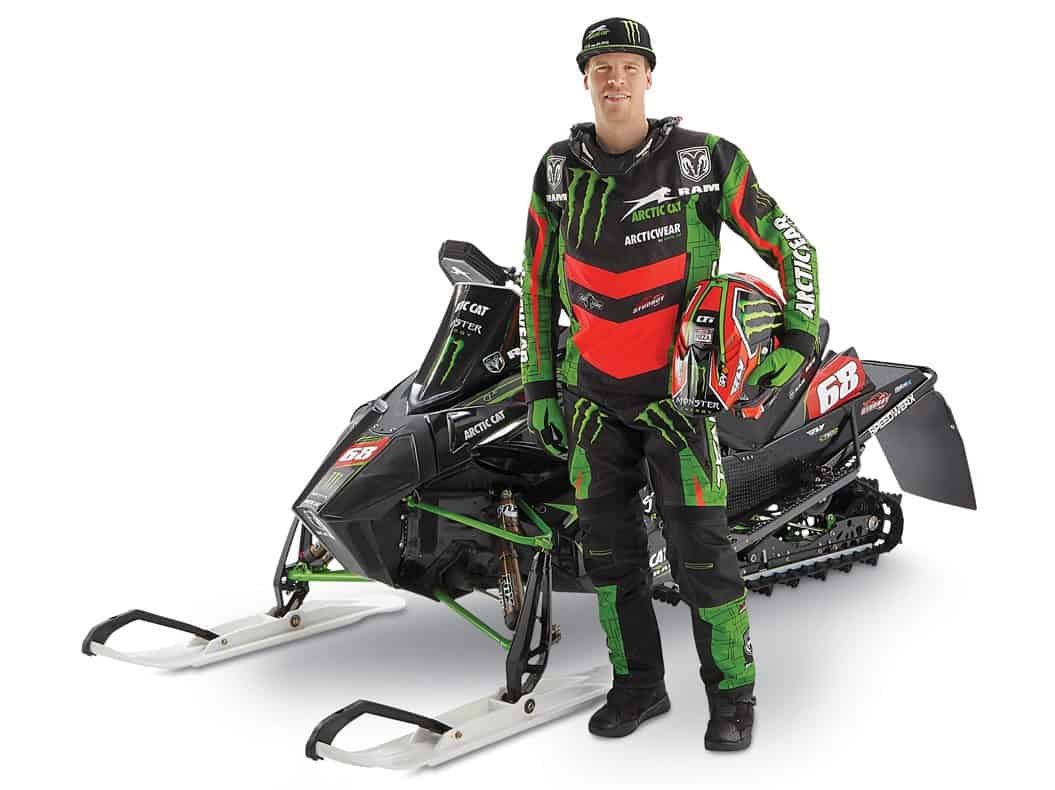 “My program is solid – from my equipment, to my crew, to each and every sponsor that stands behind us. We’re all passionate, competitive and dedicated to doing our best. I couldn’t ask for a better group of people in my corner. ”

“Last year was unreal but I know there’s still room to improve. That’s the best part about racing – it’s constantly evolving. My team and I never stop testing or fine-tuning because that’s what it takes to stay on top. We have another big year ahead of us but I know we’re prepared and ready for the challenge.”