Dec. 1, 2014 – Monster Energy / Arctic Cat / Ram Truck’s Tucker Hibbert returned to his winning ways at the first event of the 2014-2015 ISOC National Snocross tour in Duluth, Minn. Hibbert’s raw speed and skillful ability to navigate a snocross course were on full display at the 23rd annual Duluth National as he won all his qualifying rounds and both final events.

In Saturday night’s Pro Open final, Hibbert put on an action-packed show for the record crowd gathered on Spirit Mountain. With a sixth place start, he had his work cut out for him on the tight, big-air track. Known for his expertise to seek out lines, he moved around the track, picking off riders, one-by-one, while gaining time on the leader. He took over the lead on lap 13 of the 20-lap, 15-rider race, and pushed on to win the first Pro Open final of the season.

Sunday morning’s temperature drop and wind sucked the moisture out of the snow, making the top layer of the track light and powdery. Knowing snow dust would be a major battle, Hibbert focused on winning his qualifying rounds to secure a good start line pick for the final event. His strategy paid off. He was second off the line and quickly took the lead. By riding smart, he moved through the snow dust and lapped traffic without an issue to capture his 97th Pro National victory.

The Duluth National will be highlighted during the ISOC Snocross special on CBS Sunday, December 7 after the NFL game. The full races will be broadcast on CBS Sports Network December 14 and 21. Next up for Hibbert is his “home” race in Glyndon, Minn. December 12-13. Visit tucker-hibbert.com to view his complete race schedule. 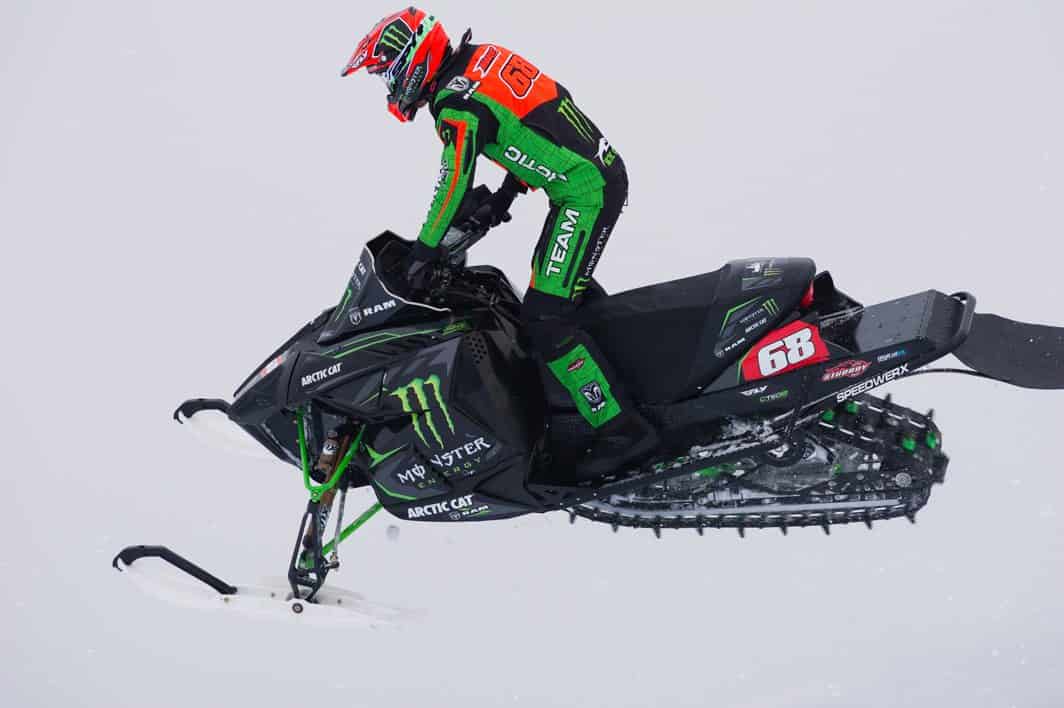 “I’m really excited about my performance at Duluth. I didn’t have nearly as much preseason ride time as I did last season before Duluth so I wasn’t totally comfortable and dialed-in. Being able to get the wins and have the weekend we(the team) did is rewarding. We’ve been working really hard with the time we’ve had on snow and it worked out.”

“I didn’t get the greatest starts, especially in Saturday’s final. I pushed really hard in that race to make sure I got to the lead group as quickly as I could. I knew I had to keep reeling them in to get close enough to make passes and get to the front.”

“It was challenging to pass all weekend. I was in the first heats in all my qualifying rounds so I was on a smooth, groomed track with flat corners. It tough to find lines to pass until the track gets rough and the corners get pushed up. I had to ride smart and work hard to make it happen.”

“I’m looking forward to the next round and racing close to home. It cuts down on travel time on each end of the race so we can put more time into testing and riding. Plus, it’s always fun to have a lot of friends and family at the race cheering me on.”