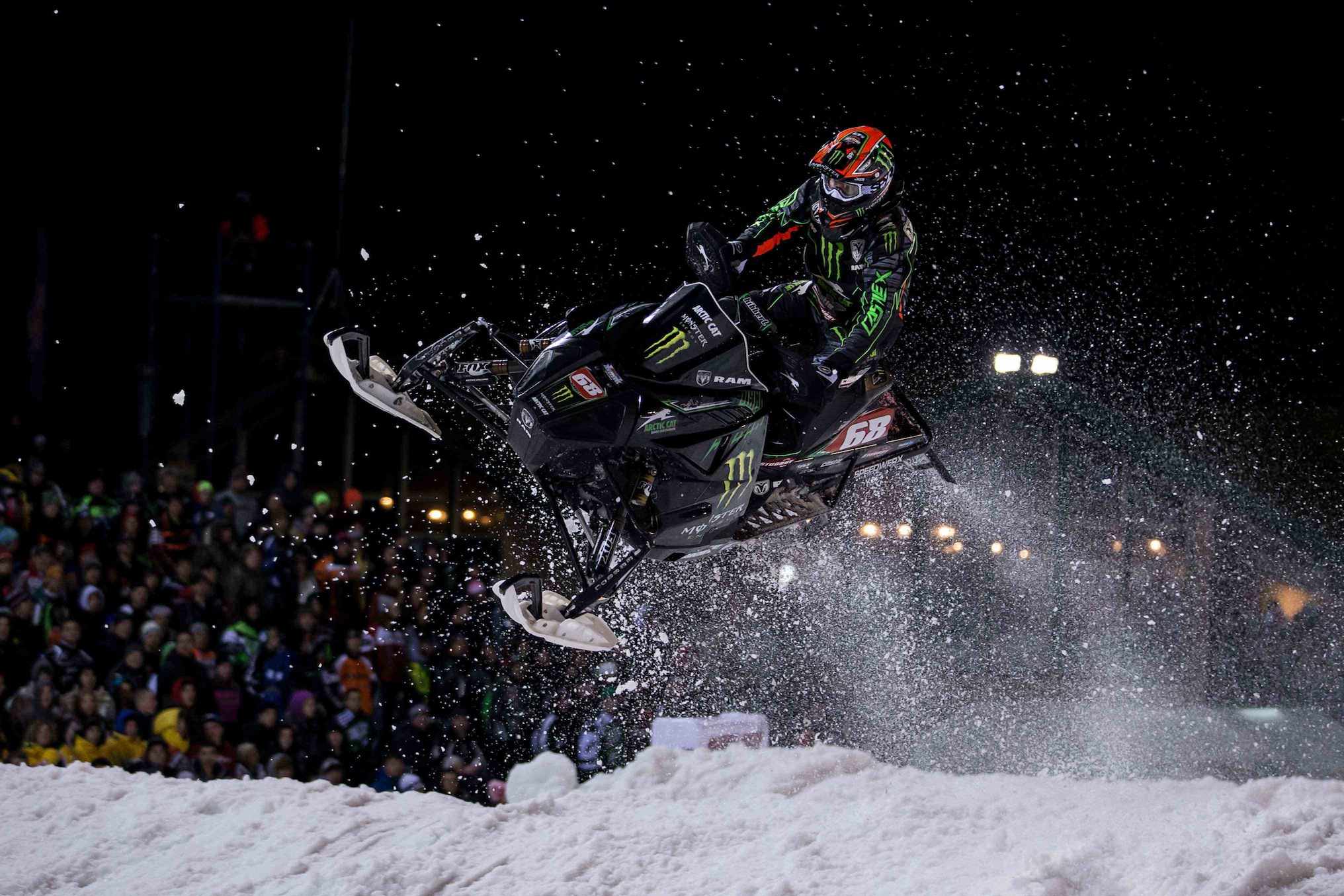 March 18, 2013 – Tucker Hibbert captured his seventh national snocross title with an impressive performance in the Pro Open class at the final round of the ISOC tour in Lake Geneva, Wisc. After a rough season last year, Hibbert and team Monster Energy/Arctic Cat came back with a vengeance winning 11 of the 16 final events and never finishing outside the top-five.

Although Hibbert clinched the championship in qualifying Friday, he put together back-to-back fierce rides in the final events that will not be soon forgotten. Grand Geneva Resort featured the longest and most challenging snocross track in ISOC history. The wide, windy course scaled the Grand Geneva ski hill a record three times and boasted a lap time well over one minute.

Friday night, Hibbert swept his qualifying rounds and led nine of ten laps in the final to win his 80th professional national main event by 17 seconds. His competitive drive pushed on Saturday night in what unfolded as one of the most riveting comeback rides in history.

With a seventh place start in Saturday’s 15-rider, ten-lap final, it looked like a runaway race for holeshot winner Ross Martin. Hibbert rode with patience and precision to pick off one rider at a time and by lap five, he moved into third place. With Martin in sight, he charged forward, passing second place Tim Tremblay and crushing Martin’s once nine-second lead. With two to go and the roaring crowd on its feet, Hibbert moved into striking distance of Martin. Hibbert continued to ride with intensity and control, looking for a clean pass but Martin held his line to the final corner to win by only 0.23 of a second.

Hibbert has one event left on his 2012/2013 snocross schedule. Later this week, he will travel to Falun, Sweden for northern Europe’s top action sports event, Clash of Nations. It will mark his second time competing in the snowmobile crazed country with the first being the 2010 FIM Snowcross World Championship. Fans can watch Clash of Nations live online March 28-29 at www.clashofnations.se.